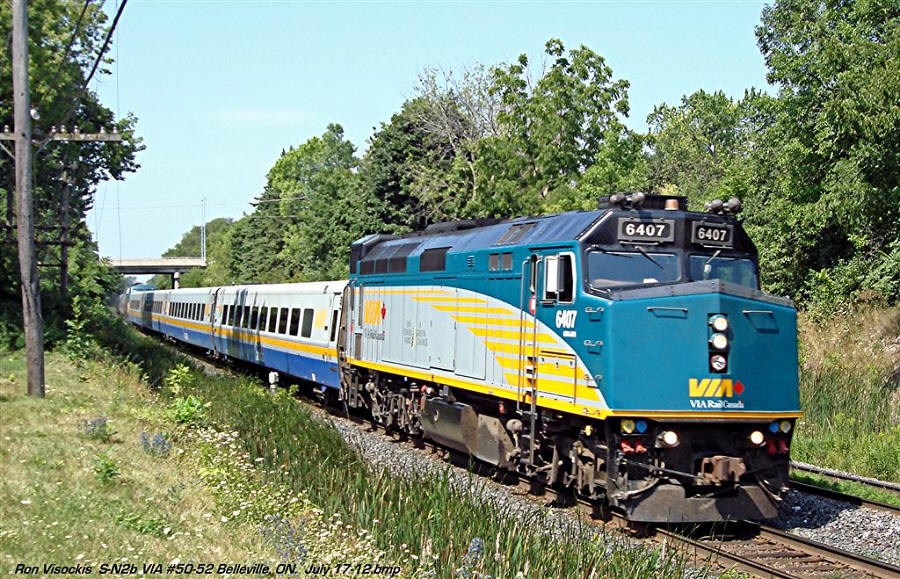 Ottawa, December 12, 2012 – Sarnia-Lambton residents travelling to Toronto or London will now have greater options to consider due to an agreement between Via Rail Canada and Robert Q.  This agreement comes after led a delegation to meet with Via Rail Canada officials and the Minister of Transport in August of 2012, when the option for such an agreement was first put on the table by Via Rail Canada.

“There were clear concerns coming from our community that I took forward as Member of Parliament for Sarnia-Lambton not only directly to Via Rail Canada officials, but also to the Minister of State (Transport) Steven Fletcher to ensure that the needs of our community were met.  I believe that the intermodal option of having the Robert Q service available to get Sarnia commuters to London and beyond is an important first step between Via Rail and our community to getting this relationship back on the right track.”

also stated that “From here, we as a community need to show that the Via Rail service being provided is a transportation option that we will utilize, and this means people using the bus and train services as offered in the hopes that we can build on this and hopefully with an uptick in passengers we could even see more trains added to our community’s schedule. It is time for our community to come together on this issue and to begin moving forward as all the concerns that have been brought forward in recent months have now been addressed by Via Rail Canada.”

According to Via Rail Canada, they have implemented a strategy involving the creation of intermodal synergies aimed at finding cost efficiencies by improving the interconnectivity with other passenger carriers in communities across the country where traditional rail services were underutilized by the travelling public.

Schedule on the Toronto–London–Sarnia segment

Robert Q and VIA Rail

Business class available on the VIA portion East of London only.

Fares quoted as of December 11, 2012.  Fares, schedules and conditions are subject to change without notice. Sales tax not included.

About VIA Rail’s intermodal partnerships

Over the course of the last two years, VIA Rail has implemented a strategy involving the creation of intermodal synergies aimed at improving the interconnectivity with other passenger carriers across the country.

To date, this strategy has led to partnerships with major urban transportation companies:

And airlines such as:

London, December 11, 2012 – VIA Rail Canada and Robert Q’s Airbus announced today the launch of a new partnership which will create 8 daily options between Sarnia, London and Toronto from Monday to Friday, and five on Saturdays and Sundays.  This partnership will make regional transportation for residents of Southwestern Ontario easier.

Robert Q now provides a scheduled ground transportation service from VIA Rail’s train stations in London and Sarnia. Users are able to seamlessly book their joint train and bus trips on VIA Rail’s in a single transaction.

“Travelers in London and Sarnia will benefit from more travel options provided by our partnership with Robert Q”, said VIA Rail’s Chief, Marketing and Sales Officer, Steve Del Bosco. “VIA Rail is pleased to partner with Robert Q, which is known for its reliability. VIA Rail’s inter-modal strategy has a significant impact on the mobility of Canadians while being at the centre of an integrated network of different passenger carriers.”

“We are delighted to partner with VIA Rail in the Sarnia and London market”, said Robert Q’s President, Nancy Woodworth. “By combining our services we want to offer more convenient connections to London and beyond. VIA Rail and Robert Q are responding to the community and recognize that integration is best the way to serve our customers.”

Robert Q’s Airbus has been serving Southwestern Ontario with ground service to Toronto Pearson Airport and Detroit Metro Airport for over 40 years. With 46 trips daily they are moving over 125,000 passengers per year along the 401 corridor. Although known for the airport service, they also offer intercity service between Sarnia and London. By staying focused on safety and service excellence they have been recognized with many industry awards. Visit them at robertq.com.

About VIA Rail Canada