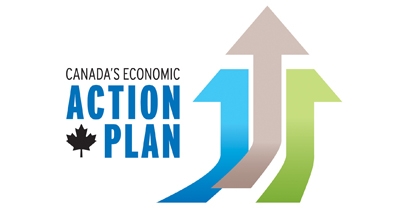 Has announced her support for Economic Action Plan 2013.  The new Federal budget combines a commitment to see Canada return to balanced budgets in 2015, while keeping taxes at their lowest level in 50 years and strongly promoting job creation and economic growth.

“I’m extremely pleased with the strong fiscal proposals contained in Economic Action Plan 2013” stated.  “The budget, while national in scope, contains numerous measures that will be welcomed by the Constituents of Sarnia-Lambton.”

“While maintaining a commitment to respecting the expenditure of taxpayer’s dollars by limiting overall program spending to an increase of just 0.7 of one percent, and cutting the deficit by 2015, there are also important proposals related to manufacturing, small business, agriculture and also the most money ever budgeted for infrastructure in Canada at 70 billion over 10 years”,

Among the numerous measures listed above, there are many other proposals in Economic Action Plan 2013, including:

There are many other measures in Economic Action Plan 2013 that will benefit Canada at the national level and Sarnia-Lambton at the regional level. Stated that “In the days and weeks ahead I look forward to soliciting feedback from constituents as we look for support for the numerous important proposals contained in Economic Action Plan 2013 that will greatly benefit all Canadians.”